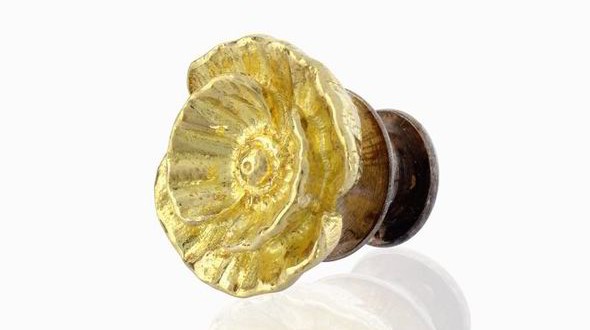 Poppy cufflinks made from WW1 shells to raise cash for veterans

The Royal British Legion is making use of the poppy cuff links and lapel-pins to mark next month’s centenary of the 1914-1918 conflict.

The fashion accessories are made of solid brass from bullet shell cases found on war fields across the Channel.

An RBL representative claimed: “The style and design was based on a poppy picked from No Man’s Land in 1915 by Private Len Smith. He lived until 1974 and stored the poppy in his illustrated diary.”

The RBL further added creating fashion accessories from bits and pieces of the Great War is “turning evil into good”.

The One pound artillery shell cases are melted down in a furnace in the Midlands and moulded by using a old fashioned “lost wax” means, during which each poppy needs a wax variation.

The Our Flanders Fields poppy-pins and cuff links contain a certification of provenance and a case.

All money raised will go to aid the old soldiers of British Armed Forces along with families, past, present and future. Pins for ladies are £39.99 and cufflinks are £79.99.They are created by TMB Art Metal of London which was formed in 2005 after a Battle of Britain Hurricane that crashed into Buckingham Palace Rd in 1940 was excavated and parts were turned into sculptures.